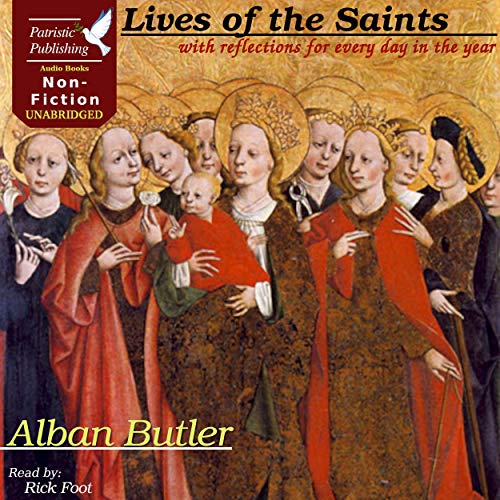 Lives of the Saints, with Reflections for Every Day in the Year

Alban Butler, (1711-1773), was born in England and worked for a time as a Roman Catholic missionary priest. He was later appointed president of an English seminary in France. His primary literary work, the Lives of the Saints, was published between 1756 and 1759. It was a massive work, spanning 12 volumes (one for each month of the year), in which were given descriptions of the principle Catholic saints. This condensed version with short reflections was published later for a wider audience. It also includes important American saints as an appendix.

Das sagen andere Hörer zu Lives of the Saints, with Reflections for Every Day in the Year