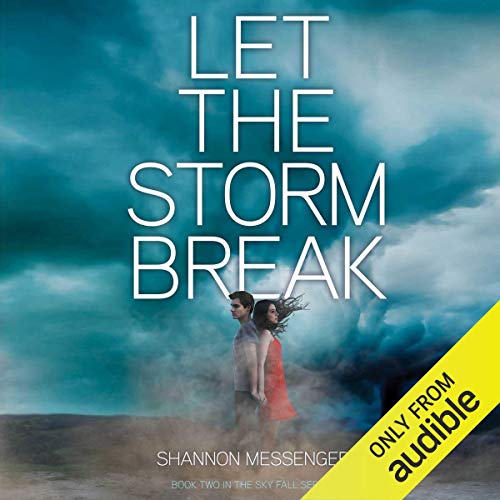 Whirlwind romance and breathtaking action continues in the sequel to Let the Sky Fall, which Becca Fitzpatrick called “charged and romantic.”

Vane Weston is haunted. By the searing pull of his bond to Audra. By the lies he’s told to cover for her disappearance. By the treacherous winds that slip into his mind, trying to trap him in his worst nightmares. And as his enemies grow stronger, Vane doesn’t know how much longer he can last on his own.

But Audra’s still running. From her past. From the Gales. Even from Vane, who she doesn’t believe she deserves. And the farther she flees, the more danger she finds. She possesses the secret power her enemy craves, and protecting it might be more than she can handle - especially when she discovers Raiden’s newest weapon.

With the Gale Force weakened by recent attacks, and the power of four collapsing, Vane and Audra are forced to make a choice: keep trusting the failing winds, or turn to the people who’ve betrayed them before. But even if they survive the storms sent to destroy them, will they have anything left to hold on to?