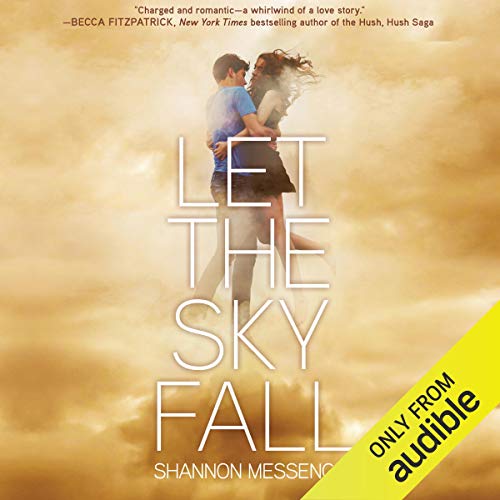 A broken past and a divided future can’t stop the electric connection of two teens in this "charged and romantic" (Becca Fitzpatrick), lush novel.

Seventeen-year-old Vane Weston has no idea how he survived the category-five tornado that killed his parents. And he has no idea if the beautiful, dark-haired girl who's swept through his dreams every night since the storm is real. But he hopes she is.

Seventeen-year-old Audra is a sylph, an air elemental. She walks on the wind, can translate its alluring songs, and can even coax it into a weapon with a simple string of commands. She’s also a guardian—Vane’s guardian—and has sworn an oath to protect Vane at all costs, even if it means sacrificing her own life.

When a hasty mistake reveals their location to the enemy who murdered both of their families, Audra's forced to help Vane remember who he is. He has a power to claim - the secret language of the West Wind, which only he can understand. But unlocking his heritage will also unlock the memory Audra needs him to forget. And their greatest danger is not the warriors coming to destroy them - but the forbidden romance that's grown between them.