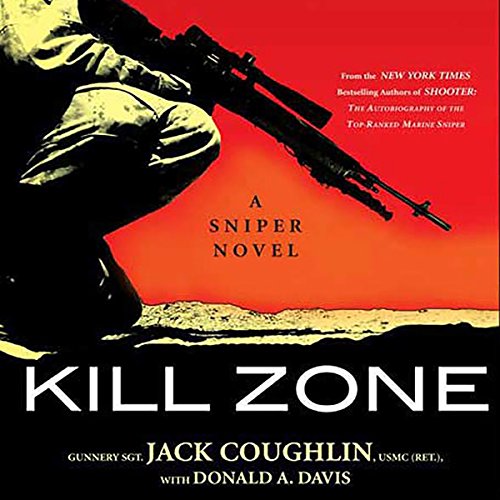 An American general is captured by Islamic extremists in the Middle East. They threaten to behead him within days. One strange fact: Moments before he is rendered unconscious during the attack, the general notices that his unseen captors speak American English. What's going on?

Gunnery Sergeant Kyle Swanson, a top level marine sniper, is vacationing on a boat in the Mediterranean when he receives orders to mount a top-secret mission to rescue the general. But as he and his men prepare to land in the Iraqi desert, they immediately come under ferocious attack, and Swanson is the only man left alive. How did the enemy know details of a mission known only to a few top government officials?

Swanson takes off across the desert alone to find the captured general and realizes he is fighting a particularly ruthless and dangerous enemy: American mercenaries working for a very high-level group of American officials with ties to the White House itself, part of a clandestine conspiracy whose hidden agenda is nothing less than total control of the American military. Their sworn enemy is the captured general whose fate now rests in Sniper Swanson's hands.

Full of the kind of action author Jack Coughlin lived during his career as a marine sniper, Kill Zone marks the debut of an extraordinary writing team.