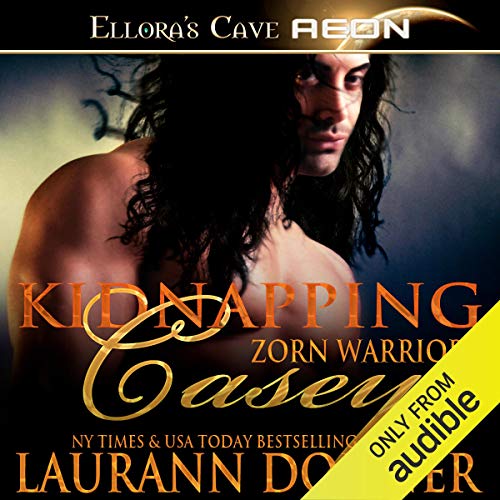 Laurann Dohner’s Zorn Warrior series features the perils and pleasures of domination and submission, in this case between human heroine Casey and alien warrior Argernon.

Simone Lewis ranges from neutral narration to soft growling rumbles of pleasure and whispered pleas for mercy to exclamations of outrage and tones of adoration as she brings to life the mix of fantasy and erotica begun when Casey is rescued from an ex-boyfriend’s plan to jail her by a brute of a creature who can’t speak with her, but has electric blue eyes and a sensitivity to what her body needs that comes from a place well beyond words.

Book 2 in the Zorn Warriors series.

All Casey wants is to avoid being arrested on trumped - up charges from her persistent ex-boyfriend. Running through the woods to escape two deputies sounds like a great plan until they catch her. Thinking it’s all over, waiting to hear the snap of the handcuffs, she instead hears a roar.

A huge, tall, muscular man comes to her rescue. She’s being saved by Bigfoot - and he’s the sexiest thing she’s ever seen. The attraction between them is instant, and after spending a little time with him, Casey wants to take him home and keep him.

There are a few problems with that plan. He’s not the legendary creature, but he definitely isn’t human. Argernon is a warrior from Zorn. They do have one thing in common - he wants to take her home and keep her. He’s kidnapping Casey.