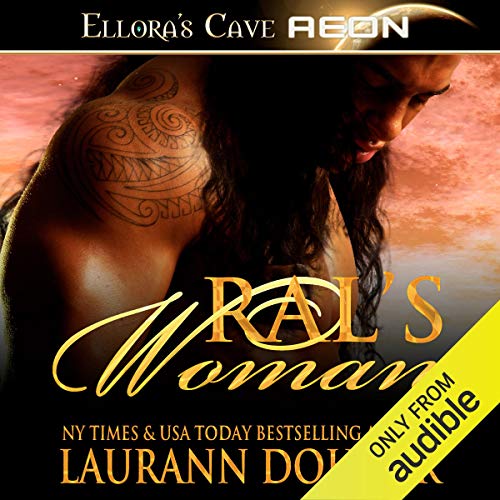 Authored by Laurann Dohner, Ral’s Woman: Zorn Warriors, Book 1 blends science fiction and erotica. Human Ariel only believes in extraterrestrial life after she is kidnapped and taken hostage to another universe. Her captors are the Anzon, aliens who take hostages, enslave other aliens, and stage prize fights. Unimpressed by their human captive, the Anzon make Ariel a fight prize. Another hostage of the Anzon is Ral, an alien who is a Zorn warrior. Although desperate for freedom for himself and his people, Ral desires Ariel and succeeds in winning her. Their deep sensuous connection begins the series of intergalactic encounters recounted in the Zorn Warrior series. Simone Lewis tantalizingly narrates this and future encounters between human females and the virile Zorn warriors.

Ariel never knew aliens existed until she finds herself kidnapped and taken from Earth. When the Anzon declare humans useless, she learns her fate - prize for the winner of a brutal fight between large, muscled alien men.

Ral is a Zorn warrior. He has also been kidnapped by the Anzon, along with his crew. Forced into slavery, he's got one thing on his mind - freeing his people. That is, until he sees the small human woman he's willing to fight to win. He doesn’t just want her body, he wants her heart forever.

In the hands of a hot alien, Ariel is about to discover how pleasurable captivity can be.