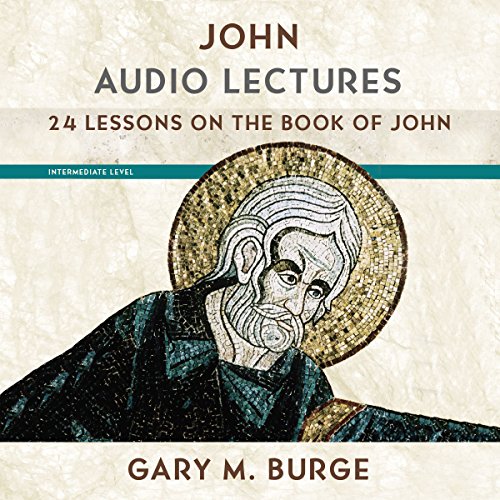 The Zondervan Biblical and Theological Lectures series provides a unique audio learning experience. Unlike a traditional audiobook’s direct narration of a book’s text, John: Audio Lectures includes high-quality live recordings of college-level lectures that cover the important points from each subject as well as relevant material from other sources.

Our culture does not encourage thoughtful reflection on truth. Yet living the gospel in a postmodern culture demands that Christians understand and internalize the truth about God and his plan for the world. The book of John has been known as the beloved gospel because John probes the depth of Christ's character with a simplicity and majesty that cannot be forgotten. When the earliest theological councils in the fourth and fifth centuries worked to define Christian beliefs, it was John's gospel that gave critical guidance.

In John: Audio Lectures, Gary M. Burge brings the meaning of John's gospel into the 21st century. Burge comments on the text itself and explores issues in John's culture and in ours that help us understand the ultimate meaning of each passage.