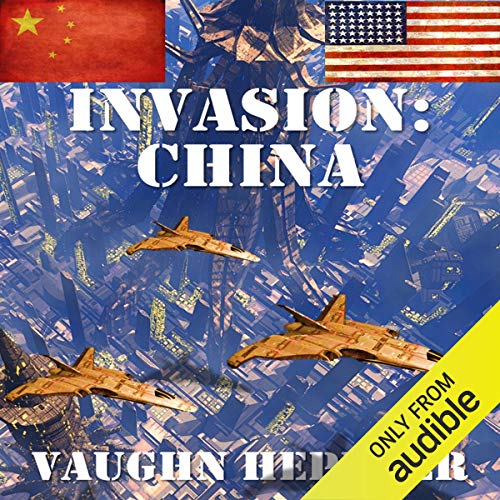 China started the war. Can a shattered America finish it?

A disturbingly realistic vision of war several decades into the future. Invasion: China is as ambitious as it is powerful. Using advanced technologies in military science, the world's superpowers battle on land, sea, air, and space for global supremacy. This controversial tale will keep you sleepless at night as America challenges the new colossus in the East: Greater China and her Pan-Asian allies. Hard-hitting. Vast in scope. And all too possibly real.

Continually freezing weather has devastated the Earth's food supply, making US soil the most valuable in the world. A shattered, debt-ridden America suffered invasion by half the world and faced tactical nuclear weapons in her heartland. Now she wants revenge.

In the end, nuclear-tipped torpedoes, deadly laser systems and rail guns cannot replace the grunts on the battlefield. Asian snows turn red with blood as the fate of the world hangs in the balance - this is the thundering geopolitical technothriller, Invasion: China.