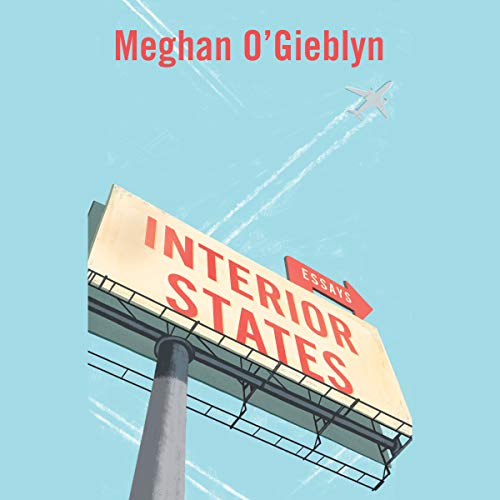 Winner of The Believer Book Award for Nonfiction

"Meghan O'Gieblyn's deep and searching essays are written with a precise sort of skepticism and a slight ache in the heart. A first-rate and riveting collection." (Lorrie Moore)

A fresh, acute, and even profound collection that centers around two core (and related) issues of American identity: faith in general and the specific forms Christianity takes in particular; and the challenges of living in the Midwest when culture is felt to be elsewhere.

What does it mean to be a believing Christian and a Midwesterner in an increasingly secular America where the cultural capital is retreating to both coasts?

The critic and essayist Meghan O'Gieblyn was born into an evangelical family, attended the famed Moody Bible Institute in Chicago for a time before she had a crisis of belief, and still lives in the Midwest, aka "Flyover Country". She writes of her "existential dizziness, a sense that the rest of the world is moving while you remain still", and that rich sense of ambivalence and internal division inform the 15 superbly thoughtful and ironic essays in this collection.

The subjects of these essays range from the rebranding (as it were) of Hell in contemporary Christian culture ("Hell"), a theme park devoted to the concept of intelligent design ("Species of Origin"), the paradoxes of Christian Rock ("Sniffing Glue"), Henry Ford's reconstructed pioneer town of Greenfield Village and its mixed messages ("Midwest World"), and the strange convergences of Christian eschatology and the digital so-called Singularity ("Ghosts in the Cloud").

“What we need is a new literature of empathy, a canon that is more representative of the people who make up the country. Such a canon would include Interior Statees.... If we are fortunate, we will all doubt everything we have been told and have the opportunity to redefine ourselves. At her best, O’Gieblyn offers a guide book about how to survive such a time.” (Spectrum Culture)

“[A] delightful debut...well-crafted and enjoyable...[O’Gieblyn’s] individual essays flow due to the moving prose, her sense of irony, and her deep insight into and affection for her topics.”  (Publishers Weekly)

“Comparing O’Gieblyn’s writing on the Midwest to Didion’s essays on California might seem too easy, but the comparison is apt. Both authors seem to be looking for a way out of their homeland, even as they admit they’ll probably never leave.” (Bookforum)