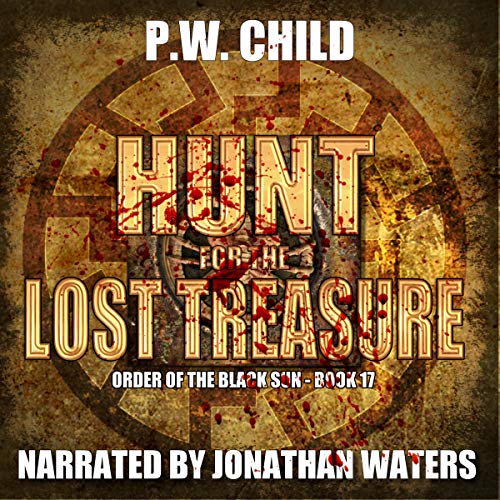 Hunt for the Lost Treasure

A high school group off on a long weekend in the Newfoundland woods discover human remains. Unbeknownst to the authorities, one of the history teachers finds an ancient coin with the body, keeping it a secret. When the teacher contacts her old college friend Dr. Nina Gould, she suggests to Nina that the coin could be a remnant from the era of Alexander the Great.

Meanwhile, in Nina's hometown, a kidnapper has been employed to capture her in order to get to billionaire explorer David Purdue, a close friend of Nina's. Having staged his own death to avoid arrest by MI6, he’s proving a tricky target to locate, and Nina is the kidnapper’s only link. However, once the kidnapper makes his move, reports of two different women missing from the town of Oban surface, causing a host of confusion around the abductions.

Up in Newfoundland, renowned journalist Sam Cleave joins in the search for the hoard the teacher's coin came from, having no idea that Purdue is engaged in a fight for his life, back in Scotland. Upon discovery of a document issued by a Waffen-SS officer from World War II, the team realizes that there is more to the legend of Alexander's hidden treasure than they thought.

The document contains a diagram of a deserted weather station built by German forces during the war and mentions Operation Olympias, a retrieval mission that went horribly wrong. Now, Purdue must survive long enough to discover the involvement of MI6 in a cover-up for his estate, while Sam meets the cursed creatures guarding the underground Nazi tomb where the reputed hidden treasure of Alexander the Great lies.

A word from the author: Hello, and thank you for your interest in my book. It has come to my attention that some people have been mistaking my books for those written by the famous author duo Douglas Preston and Lincoln Child. This is not the case. I wish to clarify that I am not, by any means, related to Douglas Preston or Lincoln Child, Lee Child, or any other author called Preston Child. I hope this clears up the confusion.