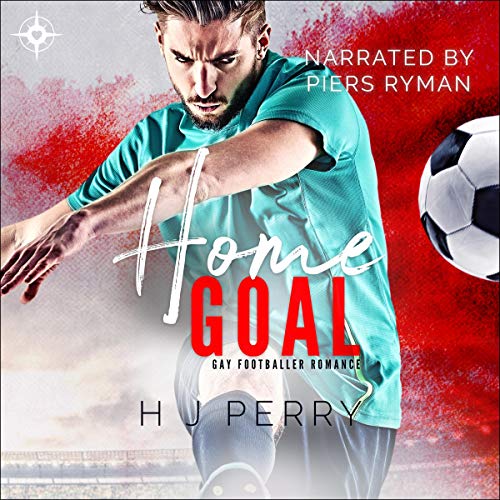 Career-focused Jason Tant has given up on love to play football at the highest level: His team is in the Premiership, and Jason also plays for the English national team (even though his mother is Spanish). He doesn’t want to be the poster boy for LGBT people in sport - and his advisors have told him that coming out will ruin his career. It’s not an issue until Scott captures Jason’s heart and turns his world around.

With a carefree, live-for-today attitude, Scott Cole was never in the closet. Funny, clever, and a terrific dancer, the science student has many talent, but the man he loves requires something else - discretion. They seem an unlikely couple, but neither can resist the chemistry that draws them together.

Prying paparazzi are everywhere, determined to out gay footballers. Scott questions whether he and Jason need to keep their love a secret when professional British sportsmen in other fields are coming out. Will Jason have to choose between love and his career? Or will the tabloids destroy them both?

An MM romance novel with a happy ever after. The story spans 2012-2015. Set in England where fans would die for their football team and football is not called soccer. It is 51,000 words.

The book was inspired by the news story in October 2015 that British gay footballers are preparing to come out in public. As of January 2017, no professional players at the top level in European football have come out. The rumors persist, and there have been discussions at the highest levels, including inside Parliament.

The story is set in England but uses American pronunciation for the benefit of international listeners.

This book was published in May 2016.
The characters also appear in My Goal (published September 2016).