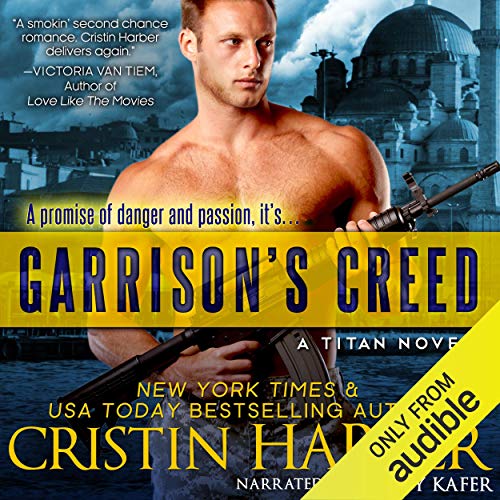 Nicola is an injured CIA agent on the run from a failed undercover operation. Her escape plan shatters when she slams into the man who buried her a decade ago. Cash Garrison. Her first and only love. Now, sexier than her best memory and cradling a sniper’s rifle, he has questions she can’t answer. Why was she alive? And armed?

Cash is an elite member of a black ops organization, The Titan Group. He thought Nicola died his senior year of college and swore off love to focus on a decade of military missions. But when she shows up behind enemy lines, bleeding out and wielding a weapon, his heart and mind are unsure how to proceed.

Titan and the CIA join forces to uncover a mole hidden in a network of international terrorists and homegrown mobsters, teaming Cash and Nicola again. They fight old wounds and re-ignite sparks while closing in on a double agent. When disaster strikes, Nicola’s hidden past makes her the hunted target and Cash’s best kill shot may not be enough to save them.