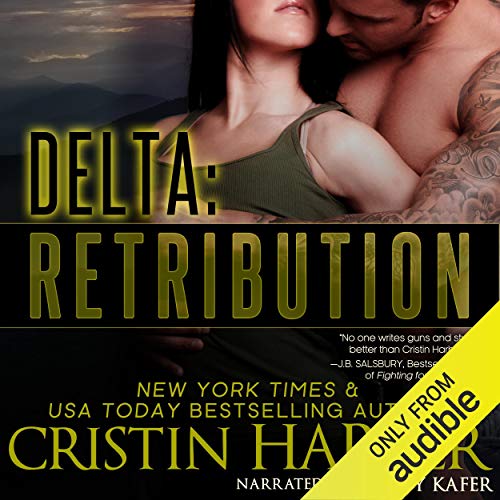 Author's note: There are more Titan books coming. This novella is about Titan's Delta team. Old characters and new. Standalone, no cliffhanger. I hope you enjoy.

A Man Is Nothing

Trace Reeves was one bad day from a dishonorable discharge. The best the Navy SEALs had to offer, he became a vengeful, angry mess when his twin brother was killed-in-action. Now he's focused on a deadly obsession and unable to cope with the pain and guilt...except one time, in the arms of a one night stand that he'd never see again. She was smart, the sexiest thing he'd ever touched, but she disappeared into the night.

Titan Group was recruiting for their Delta team. They wanted ghosts. No ties. Nothing personal. The best of the best who could live off the grid and surface when commanded. Trace was the perfect recruit. Damaged. Heroic. Nothing to lose.

Until a Mission - or a Woman - Changes Everything

But when Trace's one-time fling becomes his high-value target during a black ops job, the lines blur between her rescue mission and saving himself.

Delta: Retribution is the first title in the new Delta series, a spin off from the Titan series. This novella was available in the Hot Alpha SEALs: Military Romance Megaset.

Fallen Navy SEAL and Titan Group's Delta recruit Trace Reeves wants nothing more than a one-night stand to forget that his twin brother was killed-in-action. But when his one-time fling becomes his high value target, the lines blur between her rescue mission and saving himself.