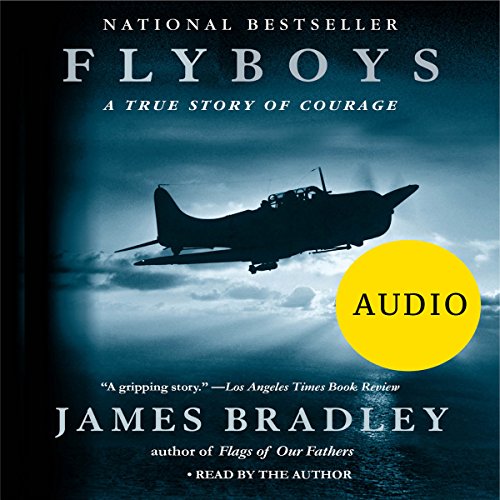 Flyboys is the true story of young American airmen who were shot down over Chichi Jima. Eight of these young men were captured by Japanese troops and taken prisoner. Another was rescued by an American submarine and went on to become president. The reality of what happened to the eight prisoners has remained a secret for almost 60 years.

After the war, the American and Japanese governments conspired to cover up the shocking truth. Not even the families of the airmen were informed what had happened to their sons. It has remained a mystery - until now. Critics called James Bradley's last book "the best book on battle ever written." Flyboys is even better: more ambitious, more powerful, and more moving. On the island of Chichi Jima those young men would face the ultimate test. Their story - a tale of courage and daring, of war and of death, of men and of hope - will make you proud, and it will break your heart.