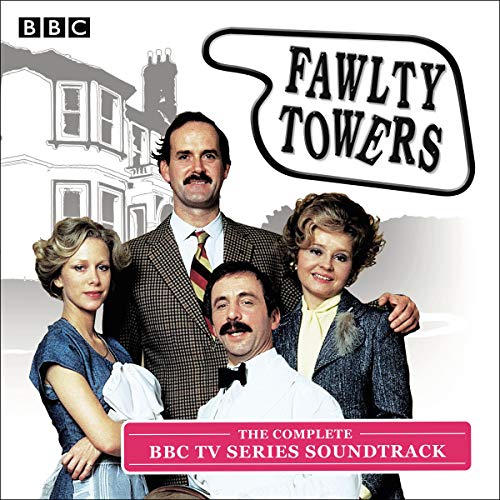 John Cleese’s special introductions to each episode are included in this collection of all 12 TV soundtrack episodes.

Welcome to Fawlty Towers, where attentive hotelier Basil Fawlty and his charming wife, Sybil, will attend to your every need - in your worst nightmare. With hapless waiter Manuel and long-suffering waitress Polly on hand to help, anything could happen during your stay - and probably will.

Every episode of both TV series is included in this soundtrack collection: 'A Touch of Class', 'The Builders', 'The Wedding Party', 'The Hotel Inspectors', 'Gourmet Night', 'The Germans', 'Communication Problems' 'The Psychiatrist' 'Waldorf Salad', 'The Kipper and the Corpse', 'The Anniversary' and 'Basil the Rat'.

These classic recordings were made between 1975 and 1979 and the content of the programme reflects the era in which it was broadcast.