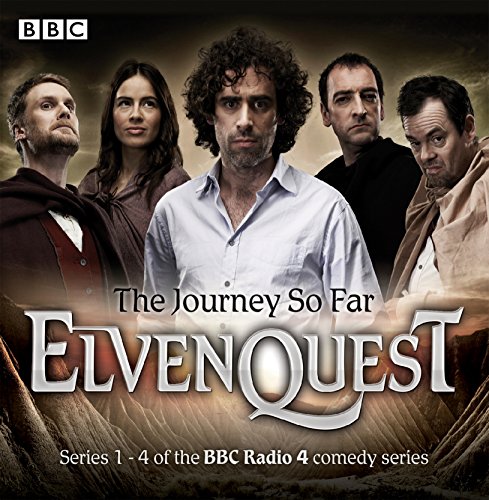 Stephen Mangan and Alistair McGowan star in the fantastical BBC Radio 4 comedy by Anil Gupta and Richard Pinto.When fantasy novelist Sam is whisked off to Lower Earth by a band of noble warriors, his dog Amis goes with them. Transformed into human form, Amis turns out to be The Chosen One, whom the warriors need to help find the Sword of Asnagar. Only with the sword can they save Lower Earth from the evil rule of Lord Darkness.As their perilous adventure unfolds Sam, Amis and their new friends encounter many perils, put in their way by Lord Darkness and his evil assistant Kreech.With a supporting cast featuring Darren Boyd, Kevin Eldon, Sophie Winkleman, Ingrid Oliver, Dave Lamb and Chris Pavlo, Elvenquest is a clever and funny pastiche of the fantasy fiction genre. All 28 episodes from the first four series are presented here together.