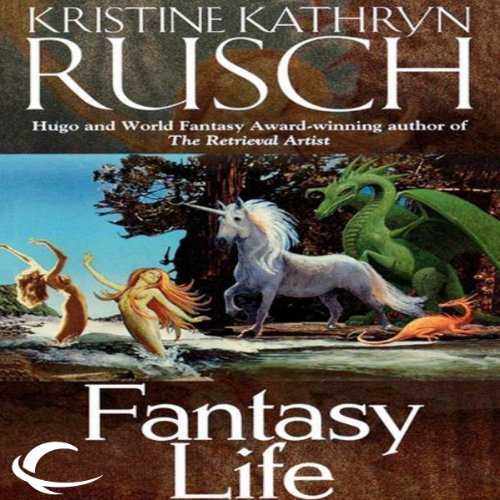 Strange things have always happened in Seavy County, the most rugged stretch of Oregon's coastline. Violent storms spring up like magic, even when the rest of the state enjoys sunshine; unearthly beings are sometimes glimpsed in the twilight; and those who live there understand that a rare enchantment still lives in the world, although they seldom speak of it.

For Seavy County is home to not just animal life, but to fantasy life as well: mythical creatures long vanished from the rest of the planet. The last survivors of a bygone age, they lead a precarious existence, skirting the fringes of modern civilization.

The Buckingham family has protected the hidden wonders of Seavy County for generations. Forty years ago, Lyssa Buckingham's father lost his life doing just that. Lyssa fled from Seavy County, searching for a more normal life, but found tragedy and heartbreak instead. With her 10-year-old daughter, Emily, in tow, she has come home at last, just as the malignant forces that killed her father are gathering strength once more.

Now Lyssa must make some hard choices. About the county, about Emily - and about the fragile fantasy life that surrounds them all.