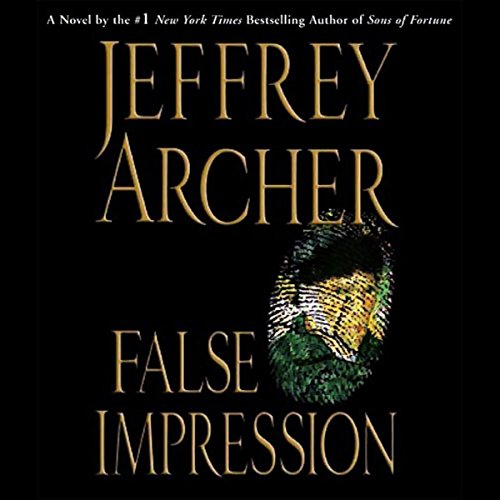 When an aristocratic old lady is brutally murdered in her English country home on the night before September 11, 2001, it will take all the resources of the FBI and Interpol to work out the connection between her death and a priceless Van Gogh, which is stolen that night.

But in the end, it is a courageous young woman who escapes from North Tower of the World Trade Center after the first plane crashes into the building, who has the foresight and determination to take on both sides of the law and avenge the old lady's death.

The young woman, Anna Petrescu, takes advantage of being missing and presumed dead in the days after 9/11 to escape from New York City, only to be pursued by both the FBI and a ruthless assassin across the globe, from Toronto to London, to Hong Kong, Tokyo, and Bucharest. But it is only when she finally returns to New York that the mystery unravels.

In his first thriller since The Eleventh Commandment, international best-selling author Jeffrey Archer takes the listener on a breathtaking journey, full of twists and turns, all leading back to the question of why so many people are willing to risk their lives to own Van Gogh's Self Portrait with Bandaged Ear. And it's not just because it could be worth one hundred million dollars.

"Archer's writing skills have not deteriorated over the years." ( Booklist)