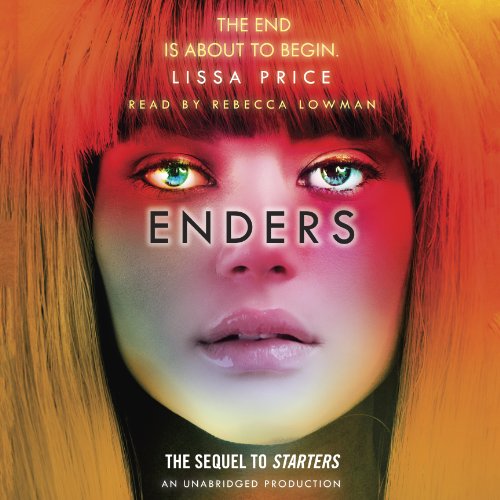 The riveting conclusion to the international best-selling sci-fi thriller Starters!

Would you rent out your body to the elderly so they could be young again?

Someone is after Starters like Callie and Michael - teens with chips in their brains. They want to experiment on anyone left over from Prime Destinations - Starters who can be controlled and manipulated. With the body bank destroyed, Callie no longer has to rent herself out to creepy Enders. But Enders can still get inside her mind and make her do things she doesn't want to do. Like hurt someone she loves. Having the chip removed could save her life - but it could also silence the voice in her head that might belong to her father. Callie has flashes of her ex-renter Helena's memories, too…and the Old Man is back, filling her with fear. Who is real and who is masquerading in a teen body?

No one is ever who they appear to be, not even the Old Man. Determined to find out who he really is and grasping at the hope of a normal life for herself and her younger brother, Callie is ready to fight for the truth. Even if it kills her.

“Adrenaline-fueled... Fans of Starters will gobble this up.” (Booklist)

"A thrilling post-apocalyptic story that will keep readers on the edge of their seats from start to finish." (Children's Literature)