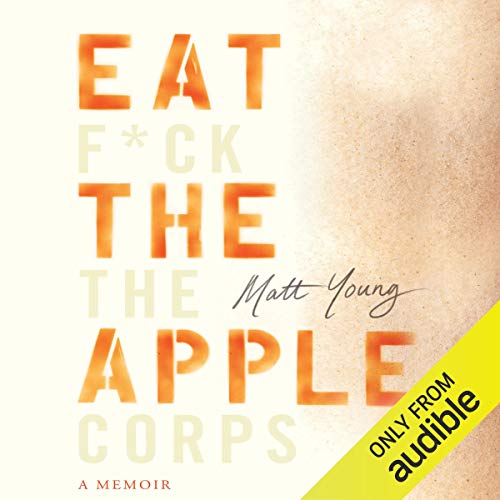 A gut-wrenching, beautiful memoir which explores toxic masculinity and the devastating consequences of war on one impressionable young soldier

Matt Young joined the Marine Corps aged 18, after a drunken night that culminated in him crashing his car into a fire hydrant. The teenage wasteland he fled followed him to the training bases of California. Young survived training and then three deployments to Iraq as an infantryman.

Eat the Apple is the searing and honest response to those years. Visceral, ironic, self-lacerating and ultimately redemptive, Young's story drops us unarmed into Marine Corps culture and lays bare the vulnerability of those on the front lines and the true, if often misguided, motivations that drove a young man to a life at war.

Tender and brilliantly written, Eat the Apple is a powerful coming-of-age story that explores toxic masculinity and maps the insane geography of our times.

This book provides a pretty appalling introspection of what going to war/deploying with the army means to a man, too young to understand the context he is in. Pretty straight forward, however hard to read/listen as kind of a coherent story is missing. Maybe thats the point of the whole book; that there is no such thing as a story, but just events randomly accumulate to a thing called life...