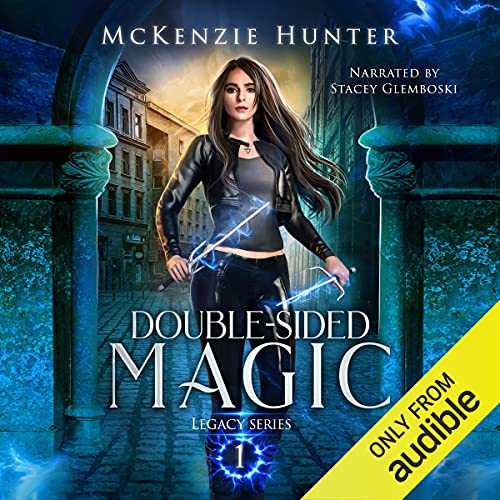 I am Levy Michaels. Once my kind were the hunters - now we are the hunted.

Supernaturals are out of the closet but I have to stay hidden because of the type of magic I possess. I’m a legacy. It sounds like the title should come with reverence, a trust fund, or at the very least a cool backstory - instead it comes with a death sentence.

I have to hide in plain sight and pretend to be just human. I’m pretty good at it. I live a simple and somewhat normal life, and I work in antique acquisitions. Everything’s going fine until a dangerous and enchanted dagger that was once in my possession is stolen. I didn’t think things could get any worse until I woke up next to a dead shifter, fae, and mage, without any memory of the past 24 hours.

Considered guilty of murder by most of the magical community and humans, I must work with Gareth, the sexy and dangerous leader of the Supernatural Guild. If he’s as good as rumored, it’s only a matter of time until he discovers the truth about me - then being found guilty of murder is the least of my worries.