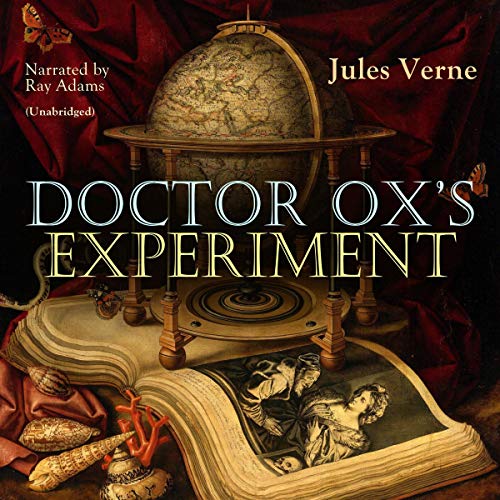 "Doctor Ox's Experiment" is a short story by Jules Verne, published in 1872. It describes an experiment by Dr. Ox and his assistant Gedeon Ygene. A prosperous scientist Dr. Ox offers to build a new gas lighting system to an unusually stuffy Flemish town: Quiquendone. As the town bore no charges, the offer is gladly accepted. The hidden interest of Dr. Ox is however not lighting, but large scale experiment on effect of oxygen on plants, animals and humans.

He uses electrolysis to separate water into hydrogen and oxygen. The latter is being pumped to the city causing accelerated growth of plants, excitement and aggressiveness in animals and humans. The story ends up by destruction of the oxygen factory of Dr. Ox - by accident, oxygen and hydrogen got mixed causing a major explosion. Jules Verne acknowledges in the epilogue that the described effect of oxygen is a pure fiction invented by him.