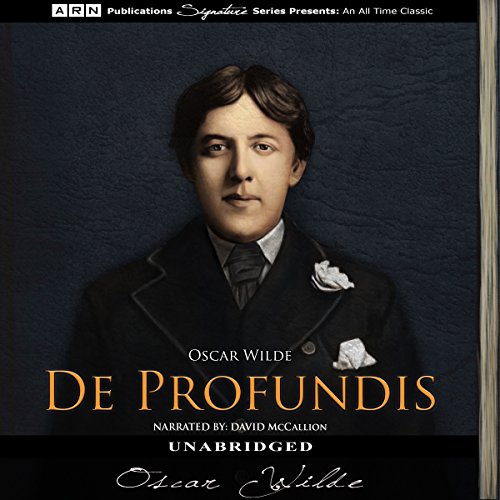 At its heart, De Profundis is a love letter and is better known as the De Profundis papers. Written in 1897, while Oscar Wilde was imprisoned in Reading Gaol, De Profundis would become one of his best-known works. The papers include Wilde's account of living a lavish lifestyle and his relationship with Lord Alfred Douglas, both of which he credited for his eventual downfall and imprisonment. The second half of the papers is Wilde's account of prison life and his spiritual awakening.

In 1891, Oscar Wilde began an intimate relationship with the dashing but reckless Lord Alfred Douglas. Although both families disapproved of the relationship, Alfred's family was especially against it. When threats failed to yield the results he was looking for, Alfred's father, the Marquess of Queensberry, began to publicly attack Wilde, even as the author was reaching the peak of his career.

Ultimately, Oscar Wilde would make the mistake of bringing a lawsuit against the nobleman that would backfire with a charge of indecent acts, resulting in a prison sentence. De Profundis is an interesting firsthand account of the most tremulous years of Wilde's life.