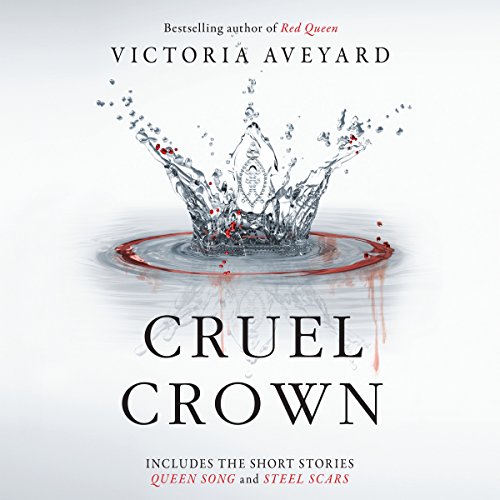 Two women on either side of the Silver-Red divide tell the stories no one else knows.

Queen Coriane, first wife of King Tiberias, keeps a secret diary - how else can she ensure that no one at the palace will use her thoughts against her? Coriane recounts her heady courtship with the crown prince; the birth of a new prince, Cal; and the potentially deadly challenges that lie ahead for her in royal life.

Diana Farley was raised to be strong, but being tasked with planting the seeds of rebellion in Norta is a tougher job than expected. As she travels the land recruiting black-market traders, smugglers, and extremists for her first attempt at an attack on the capital, she stumbles upon a connection that may prove to be the key to the entire operation - Mare Barrow.

The first story is alright, although a little depressing. The second one is sometimes difficult to follow because of the coded messages sent among the officers in the army. And it is disappointing for it feels like it doesn't have a proper ending. The last 2 hours of this audiobook are a preview (first 4 chapters) of the second book in the series (Glass sword). I don't think this one was worth buying/listening to. Hopefully the Red Queen will be better. The narrators did a good job though.