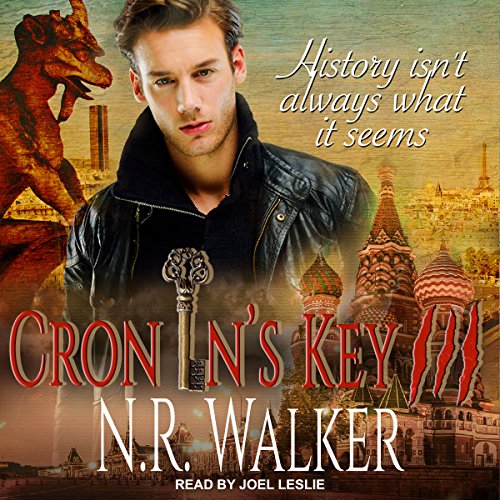 History isn't always what it seems....

Twelve months after his change, Alec MacAidan is still getting used to his many vampire talents. While most vampires would give anything to have more than one supernatural power, Alec craves nothing more than peace and time alone with Cronin. But when Alec meets entities from outside this realm, he's left powerless in their presence.

Zoan are half-lycan, half-dragon creatures that have slipped through time and reality, seemingly undetected by man and vampire. Or have they? They bear an uncanny resemblance to gargoyles, leaving Alec's view on all things weird to get a whole lot weirder.

This new quest leads Alec, Cronin, and their band of friends to Paris, Rome, and Moscow, where they learn that gargoyles aren't simply statues on walls. In the underground pits beneath churches all over the world, Alec discovers the Key's true destiny. Facing the Zoan might take every talent he has. And he may need help from the dead to get them all out alive.