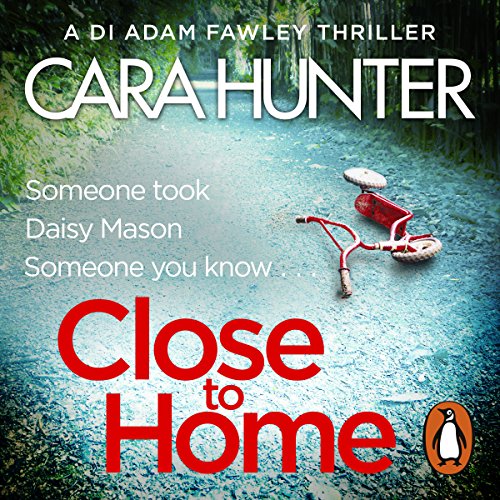 How can a child vanish without a trace?

Last night, 8-year-old Daisy Mason disappeared from a summer party at her home. No one at the party noticed her leave. Even her parents aren't sure of the last time they saw her. DI Adam Fawley is trying to keep an open mind. But he knows that in nine cases out of ten, it's someone close to the victim.

When a pair of bloody tights is discovered, Fawley's worst suspicions are concerned.

Someone knows where Daisy is.
And her time is running out.

Introducing DI Fawley and his team of Oxford detectives, Close to Home is the first in the new crime series readers and authors are raving about.

"A mazy, gripping read." (Ian Rankin)
"One of the best crime thrillers I have ever read." (Kathryn Croft)
"The last twist was a genuine stroke of genius." (John Marrs)

It took me quite a while to get interested, in the beginning I thought that it was a bit confusing and not overly gripping, but looking back now, it is very cleverly constructed and once one gets used to the constant change it gets really interesting. Unforeseen ending, not sure my sense of justice agrees.

This was my first audiobook and the experience was really good. I binged listened to it in two days, and I was really curious about what was going to happen next. The reader was excellent. I could concentrate, follow the story and could connect with the persons. My only problem with the book was the end. Not well developed, unbelievable and it ist he reason why I gave the book 3 stars.

Loved it. The narration is first rate. Story is also pretty good with lots of real life England actualities. My only problem is that the absolute solution to the riddle only comes with the epilogue. But still an excellent enjoyable experience.