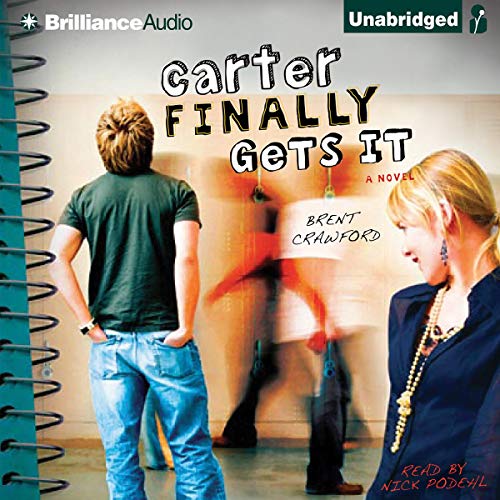 Carter Finally Gets It

Carter Finally Gets It

Meet Will Carter, but feel free to call him Carter. (Yes, he knows it's a lazy nickname, but he didn't have much say in the matter.) Here are five things you should know about him:

1. He has a stuttering problem, particularly around boobs and belly buttons.
2. He battles Attention Deficit Disorder every minute of every day...unless he gets distracted.
3. He's a virgin, mostly because he's no good at talking to girls (see number 1).
4. He's about to start high school.
5. He's totally not ready.

Join Carter for his freshman year, where he'll search for sex, love, and acceptance anywhere he can find it. In the process, he'll almost kill a trombone player, face off with his greatest nemesis, suffer a lot of blood loss, narrowly escape death, run from the cops (not once, but twice), get caught up in a messy love triangle, meet his match in the form of a curvy drill teamer, and surprise the hell out of everyone, including himself.