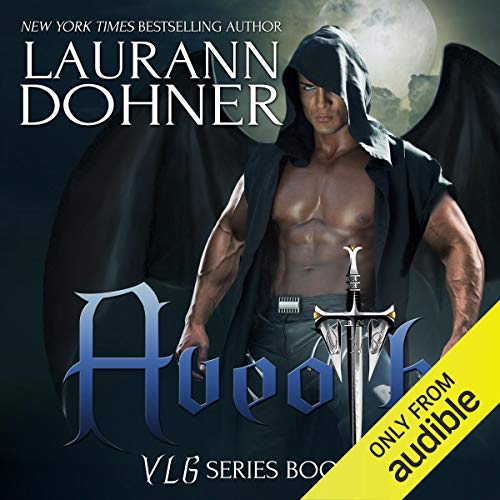 Jillian Milzner has lived a life on the run. Her biological sperm donor has made it clear he wishes she'd never been born. Most kids get presents from their dads growing up. He sent thugs to make death threats to ensure she never tries to find him. He needn't have bothered, since she wants nothing to do with Decon Filmore. His father, however, thinks Jill might be useful. Things go from bad to worse when her grandfather's goons snatch her up to deliver her to a man both terrifying...and straight out of her sexiest daydreams.

Lord Aveoth isn't surprised to hear from Decker Filmore. The man is desperate to make the GarLycan lord call off the hunt for his life, and equally determined to reclaim his VampLycan clan. To achieve both goals, he'll offer Aveoth yet another half-human granddaughter from his bloodline.

It's lonely being a lord of a clan, so Aveoth agrees to the meeting - and he's instantly attracted to Jill. He's also angry to learn she's been brought to him against her will, but he still wants to keep her. Even if it exposes his darkest secret...which could tear his clan apart.

now thats what i call 5 stars all around

this has so far been my abselute fav. of the books in tis series i totaly love it and the characters in it. i've been waiting for the H story since first being intreduced to him in book one and it didn't dicepoin at all it was great to find out more about him his life and everything around his clan. i also more than enjoyed the h she was so funny no tstl h for him which i felt was exsactly right they workes together extreamly well i realy loved every minute of tis great adventure.