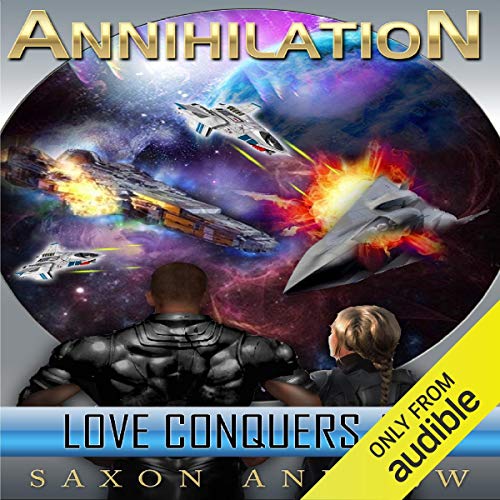 Annihilation: Love Conquers All offers humor and a tale of enduring love against the backdrop of galactic war on a grand scale.

Tag, an exceptional young human living in Central City on the planet Earth, tries to keep his powerful, one-of-a-kind skills undetected by leading an ordinary life and staying under the radar. But one day, on the way home from school, Tag's compassion leads him to make a decision that alters the course of his life - and history.

The Alliance of Worlds, which includes Earth as a ruled non-member, has decided that humans are to be annihilated as an example to anyone who discovers an ancient alien technology, even though there is no proof against them. The Alliance thinks fifty thousand warships can do the job. Unfortunately, the humans are not cooperating with their plan and one young human who has fallen in love will change everything...

In this epic story, author Saxon Andrew takes us into the future and the lives of human and nonhuman characters alike. Along with a hearty dose of battles and spaceships, this is a story that offers humor and a tale of enduring love against the backdrop of galactic war on a grand scale.