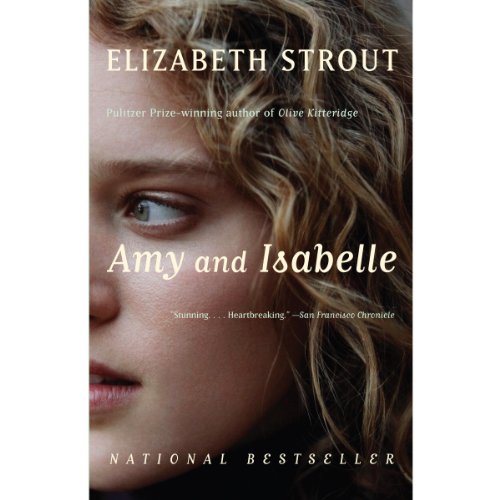 With compassion, humor, and striking insight, Amy and Isabelle explores the secrets of sexuality that jeopardize the love between a mother and her daughter. Amy Goodrow, a shy high school student in a small mill town, falls in love with her math teacher, and together they cross the line between understandable fantasy and disturbing reality. When discovered, this emotional and physical trespass brings disgrace to Amy's mother, Isabelle, and intensifies the shame she feels about her own past. In a fury, she lashes out at her daughter's beauty and then retreats into outraged silence. Amy withdraws, too, and mother and daughter eat, sleep, and even work side by side but remain at a vast, seemingly unbridgeable distance from each other.

This conflict is surrounded by other large and small dramas in the town of Shirley Falls: a teenage pregnancy, a UFO sighting, a missing child, and the trials of Fat Bev, the community's enormous (and enormously funny and compassionate) peacemaker and amateur medical consultant. Keeping Isabelle and Amy as the main focus of her sharp, sympathetic eye, Elizabeth Strout attends to them all. As she does so, she reveals not only her deep affection for her characters, both serious and comic, but her profound wisdom about the human condition in general. She makes us care about these extraordinary ordinary people and makes us hope that they will find a way out of their often self-imposed emotional exile.

"A novel of shining integrity and humor, about the bravery and hard choices of what is called ordinary life." (Alice Munro)