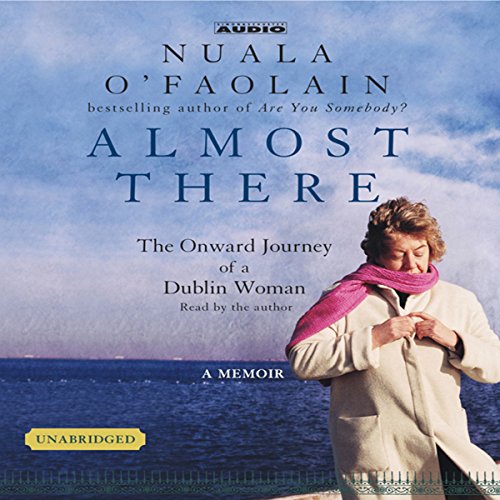 In 1996, a small Irish press approached Nuala O'Faolain to publish a collection of her opinion columns from the Irish Times. She offered to write an introduction to explain the life experience that had shaped this Irish woman's views. Convinced that none but a few diehard fans of the columns would ever see the book, she took the opportunity to interrogate herself as to what she had made of her life.

But the introduction, the "accidental memoir of a Dublin woman," was discovered, and Are You Somebody? became an international best seller. It launched a new life for its author at a time when she had long let go of expectations that anything new could dislodge patterns of regret and solitude, well fixed. Suddenly, in midlife, there was the possibility of radical change.

Almost There begins at that moment when O'Faolain's life began to change. It tells the story of a life in subtle, radical, and unforeseen renewal. It is a tale of good fortune chasing out bad - of an accidental harvest of happiness. But it is also a provocative examination of one woman's experience of the "crucible of middle age" - a time of life that faces in two directions, that forges the shape of the years to come, and also clarifies and solidifies one's relationships to friends and lovers (past and present), family and self.

"O'Faolain seduces with her untampered hunger for love and unjaded delight in her newly adopted American city. B+." (Entertainment Weekly)
"O'Faolain has a tangy storytelling style, nurtured in a mordant Irish sense of irony and an Oxford-trained sleekness of thought." (The New York Times)