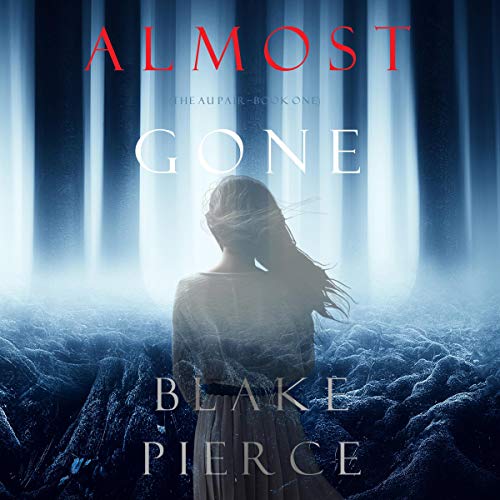 Almost Gone is book number one in a new psychological thriller series by USA Today best-selling author Blake Pierce, whose number one best seller Once Gone has received over 1,000 five star reviews.

When 23-year-old Cassandra Vale accepts her first job as an au pair, she finds herself placed with a wealthy family in a rural estate outside of Paris, and all seems too good to be true. But she soon discovers that behind the gilded gates lies a dysfunctional family, a twisted marriage, troubled children, and secrets too dark to air.

Cassandra is convinced she's finally found a fresh start when she takes a job as an au pair in the idyllic French countryside. Just beyond the Paris city limits, the Dubois manor is a grand relic of the past, the family its picture-perfect occupants. It's the escape Cassandra needs - until she uncovers dark secrets that prove things aren't as glamorous as they seem.

Beneath the opulence lies a dark web of malice, one Cassandra finds all too familiar, triggering dreams from her own violent and tortured past, one from which she desperately runs. And when a grisly murder tears the house apart, it threatens to take down her own fragile psyche with it.

A riveting mystery replete with complex characters, layers of secrets, dramatic twists and turns, and heart-pounding suspense, Almost Gone is Book 1 in a psychological suspense series that will have you listening late into the night.

Book 2 and 3 - Almost Lost and Almost Dead - are also available!