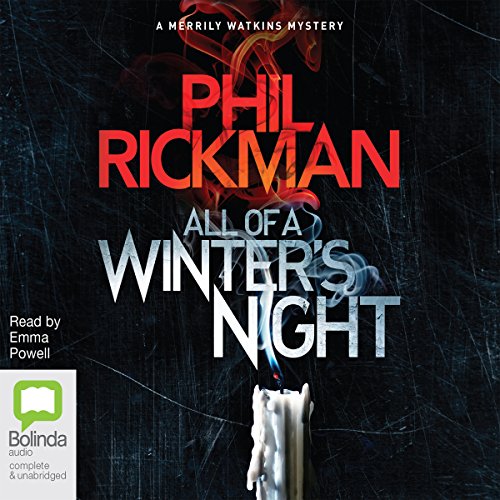 All of a Winter's Night

When Aidan Lloyd's bleak funeral is followed by a nocturnal ritual in the fog, it becomes all too clear that Aidan, son of a wealthy farmer, will not be resting in peace. Aidan's hidden history has reignited an old feud, and a rural tradition begins to display its sinister side.

It's already a fraught time for Merrily Watkins, her future threatened by a bishop committed to restricting her role as diocesan exorcist for Hereford. Suddenly there are events she can't talk about as she and her daughter, Jane, find themselves potentially on the wrong side of the law.

In the city of Hereford, DI Frannie Bliss, investigating a shooting, must confront the apparent growth of organised crime, also contaminating the countryside. On the Welsh border, the old ways are at war with the modern world. As the days shorten and the fog gives way to ice and snow, a savage killing draws Merrily Watkins into a conflict centred on one of Britain's most famous medieval churches, its walls laden with ancient symbolism.

Das sagen andere Hörer zu All of a Winter's Night