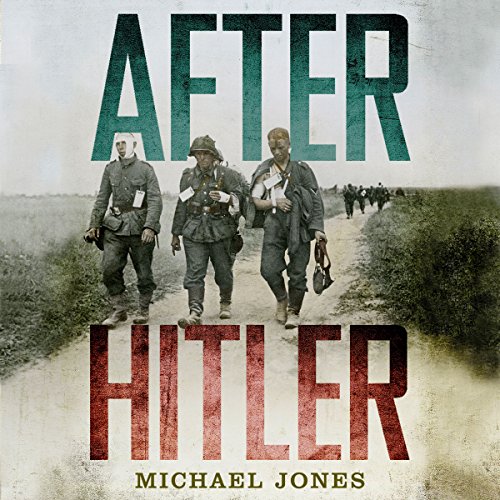 The fascinating and little-known history of the last days of the Second World War in Europe.

On 30 April 1945, Adolf Hitler committed suicide. The following day, his propaganda minister, Joseph Goebbels, also killed himself, and the crumbling Third Reich passed to Admiral Karl Dönitz. The Nazis' position seemed hopeless. Yet remarkably, the war in the rest of Europe went on for another 10 days. After Hitler looks at these days as a narrative day-by-day countdown but also as a broader global history of a European war that had seen some of the most savage battles in history. Relations between the 'Big Three' - the United States, Great Britain and the Soviet Union - suddenly plunged to near breaking point. This book reveals that tumultuous story.

After Hitler also looks at the wider canvas of the war and the terrible humanitarian catastrophe uncovered in Europe. It describes those who felt the joy of freedom, but also those who faced a highly uncertain future. As Red Army soldiers joined forces with their British and American allies, Stalin's East finally came face to face with Churchill's and Truman's West. After Hitler tells of their growing mistrust but also of moments of remarkable goodwill and cooperation - the brief but poignant hope that these great nations could together fashion a new and safer future. This is a fascinating exploration of the brief but crucial period that shaped the emerging postwar world.