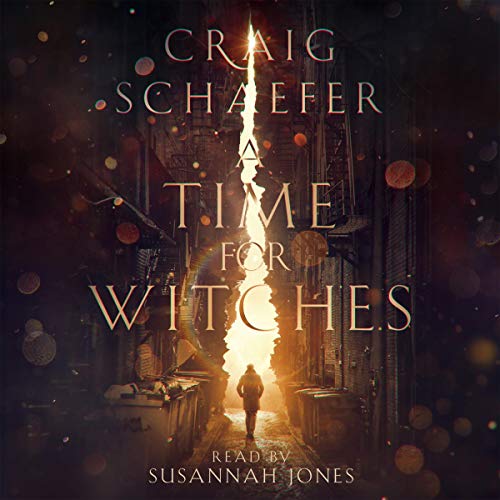 A Time for Witches

In Ghosts of Gotham, Craig Schaefer unveiled a modern world haunted by Greek mythology and magic. That was only the beginning.

Once upon a time, Lionel Page didn’t believe in magic.

That was before his odyssey to New York City, the quest for a lost manuscript that ended in mysteries, murder, and the buried secrets of his own past. He used to be a professional skeptic. Now, he’s a witch in the service of Hekate, chasing myths across the heartland of a haunted America.

The reappearance of a hero from Greek legend is just one sign of the coming storm. There are Amazons on the highway and death spirits lurking in cheap roadside motels. And Madison, Lionel’s lover, is on a mission of her own. A mission, fueled by vengeance, to slay a man who can’t be killed: her ex-husband. If Lionel doesn’t catch up with her in time, neither of them will survive.

In Ghosts of Gotham, Lionel Page opened his eyes to the real world. Now, in A Time for Witches, he has to fight to protect it.