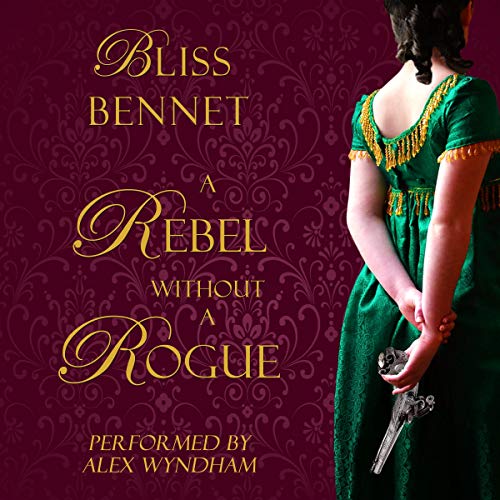 A Rebel Without a Rogue

A woman striving for justice....

Fianna Cameron has devoted her life to avenging the death of her father, hanged as a traitor during the Irish Rebellion of 1798. Now, on the eve of her 30th birthday, only one last miscreant remains: Major Christopher Pennington, the English army officer who not only oversaw her father’s execution, but falsely maligned his honor.

Fianna risks everything to travel to London and confront the man who has haunted her every nightmare. Only after her pistol misfires does she realize her sickening mistake: The Pennington she wounded is far too young to be the man who killed her father.

A man who will protect his family at all costs....

Rumors of being shot by a spurned mistress might burnish the reputation of a rake, but for Kit Pennington, determined to add to his family’s honor by winning a seat in parliament, such salacious gossip is nothing but a nightmare.

To regain his good name, Kit will have to track down his mysterious attacker and force her to reveal the true motivation behind her unprovoked assault. Accepting the mistress of an acquaintance as an ally in his search is risky enough, but when Kit begins to develop feelings for the icy, ethereal Miss Cameron, more than his political career is in danger. For, Kit is beginning to suspect that Fianna Cameron knows far more about the shooting - and the reasons behind it - than she’s willing to reveal.

As their search begins to unearth long-held secrets, Kit and Fianna find themselves caught between duty to family and their beliefs in what’s right. How can you balance the competing demands of loyalty and justice, especially when you add love to the mix?

Das sagen andere Hörer zu A Rebel Without a Rogue