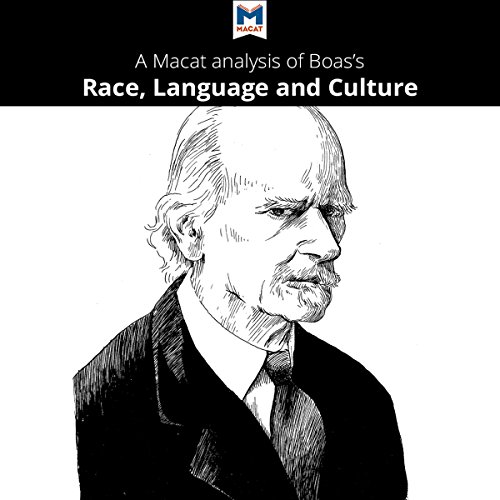 A Macat Analysis of Franz Boas's Race, Language and Culture

Born in 1858, Franz Boas permanently changed the standards and practices of anthropology. A German-born secular Jew, he became known for his distinctive approach to the discipline - non-hierarchical, open to diverse inputs, and unbiased.

Throughout his career, Boas used his scholarship to effect social change. His work convinced his colleagues to abandon the theories that had decided one race (Caucasian) and one culture (Western European) were more fully developed and worthier than others. In Boas' wake, anthropologists everywhere have been challenged to conduct their research and present their findings ethically. Boas spoke out against eugenics - the science of improving a population by controlled breeding - long before leaders in Nazi Germany embraced it. He was also a keen supporter of the Civil Rights Movement in the United States.

Boas' 1940 work Race, Language and Culture brings together a half-century's worth of his groundbreaking scholarship in one volume. Some 75 years after its initial publication, it remains a key text in the field of anthropology.