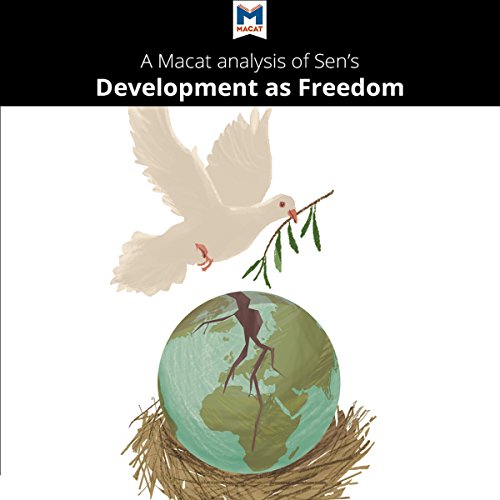 A Macat Analysis of Amartya Sen's Development as Freedom

A Macat Analysis of Amartya Sen's Development as Freedom

Economist Amartya Sen's 1997 work Development as Freedom presents a "middle way" approach to how we should look at international development, based on the idea that its success or failure cannot be measured by income alone. Having grown up in India, Sen brings his own understanding of what poverty really means to the issue, arguing that above all, the process and goal of development must be human freedom. He backs up this idea through his concept of "capabilities" - the capacity a person has to do the things he or she believes make for a good life. Only by looking at the "capability set" of groups within different societies is it possible to truly evaluate and compare relative freedoms. And only then can the real impact of development be measured. Sen acknowledges the roles of economic markets and states in expanding freedom, and concludes that democratic control is crucial if development is to succeed in a meaningful way. Development as Freedom is a key text in the field of development economics, because it helped create a way of looking at the subject that pushed well beyond traditional models.