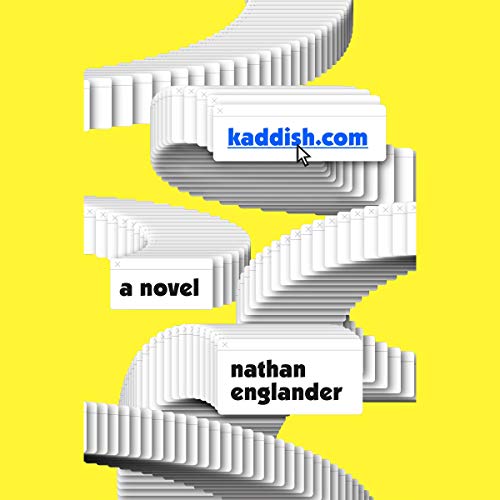 The celebrated Pulitzer finalist and prize-winning author of Dinner at the Center of the Earth and What We Talk About When We Talk About Anne Frank delivers his best work yet, a streamlined comic masterpiece about a son’s failure to say Kaddish for his father.

Larry is the secular son in a family of Orthodox Brooklyn Jews. When his father dies, it’s his responsibility to recite the Kaddish, the Jewish prayer for the dead, every day for 11 months. To the horror and dismay of his sister, Larry refuses - imperiling the fate of his father’s soul. To appease her, Larry hatches an ingenious if cynical plan, hiring a stranger through a website called kaddish.com to recite the prayer and shepherd his father’s soul safely to rest.

Sharp, irreverent, hilarious, and wholly irresistible, Englander’s tale of a son who makes a diabolical compromise ingeniously captures the tensions between tradition and modernity - a book to be devoured in a single sitting whose pleasures and provocations will be savored long after.

"Englander is mischievously hilarious, nightmarish, suspenseful, inquisitive, and deliriously tender in this concentrated tale of tradition and improvisation, faith and love." (Booklist)

"[An] excellent comic dissection of Jewish-American life...This novel reads like Chaim Potok filtered through the sensibility of Mel Brooks. Englander writes cogently about Jewish-American assimilation, and, in his practiced hands, he makes Shuli’s journey, both outer and inner, a simultaneously humorous and deeply moving one." (Publishers Weekly)