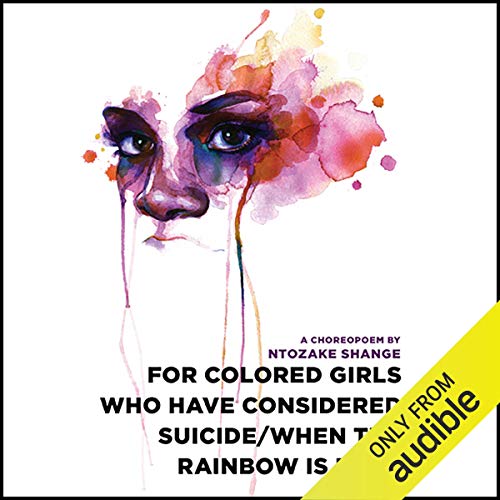 From its inception in California in 1974 to its highly acclaimed critical success at Joseph Papp's Public Theater and on Broadway, the Obie Award-winning for colored girls who have considered suicide/when the rainbow is enuf has excited, inspired, and transformed audiences all over the country. Passionate and fearless, Shange's words reveal what it is to be of color and female in the 20th century.

First published in 1975 when it was praised by The New Yorker for "encompassing...every feeling and experience a woman has ever had," for colored girls who have considered suicide/when the rainbow is enuf will be read and performed for generations to come. Here is the complete text of a groundbreaking dramatic prose poem written in vivid and powerful language that resonates with unusual beauty in its fierce message to the world.

"These poems and prose selections are...rich with the author's special voice: by turns bitter, funny, ironic, and savage; fiercely honest and personal." ( New York Post)
"Thandie Newton’s narration works well with the introduction. Her voice echoes the weight and emphasis of Shange’s words…Newton creates distinct voices for each part." ( AudioFile)