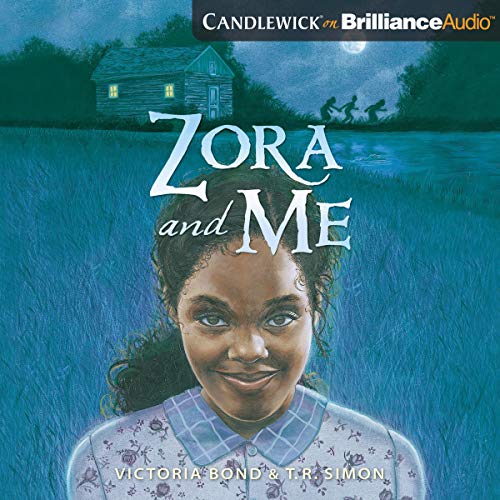 When a young man’s body is found by the railroad tracks, the murder and its mysterious circumstances threaten the peace and security of a small Florida town. Zora believes she knows who killed Ivory, and she isn’t afraid to tell anyone who’ll listen.

Whether Zora is telling the truth or stretching it, she’s a riveting storyteller. Her latest tale is especially mesmerizing because it is so chillingly believable: a murderous shape-shifting gator-man - half man, half gator - prowls the marshes nearby, aching to satisfy his hunger for souls and beautiful voices. And Ivory’s voice? When Ivory sang, his voice was as warm as honey and twice as sweet.

Zora enlists her best friends, Carrie and Teddy, to help prove her theory. In their search for the truth, they stumble unwittingly into an ugly web of envy and lies, deceit and betrayal. Just as unexpectedly, the three friends become the key that unlocks the mystery and the unlikely saviors of Eatonville itself.

Best friend Carrie narrates this coming-of-age story set in the hometown of American author Zora Neale Hurston (1891–1960). Drawing on Hurston’s stories, novels, and life, debut novelists Victoria Bond and T.  R.  Simon create an utterly convincing echo of a literary giant in this, the only project ever to be endorsed by the Zora Neale Hurston Trust that was not written by Hurston herself.