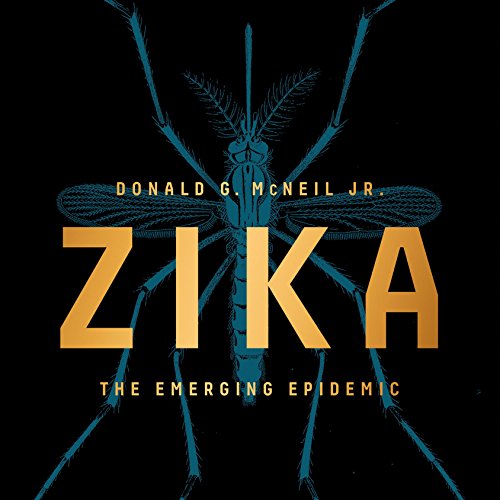 A gripping narrative about the Zika virus from the New York Times science reporter covering the outbreak.

Until recently, Zika virus - once considered a mild disease - was hardly a cause for global panic. But as early as August 2015, doctors in Brazil's northeast region began to notice a trend: Many mothers who had recently experienced Zika symptoms were giving birth to babies with microcephaly, a serious disorder characterized by unusually small heads and brain damage. By the beginning of 2016, Zika was making headlines as evidence mounted, and eventually confirmed, that microcephaly is a direct result of the virus, which can be contracted through mosquito bites or sexually transmitted. As reported cases inch northward, the question of the moment has become: How far will the epidemic spread?

In Zika, New York Times science reporter Donald G. McNeil, Jr. sets the facts straight in a fascinating exploration of Zika's origins, how it's spreading, the race for a cure, and what we can do to protect ourselves now.