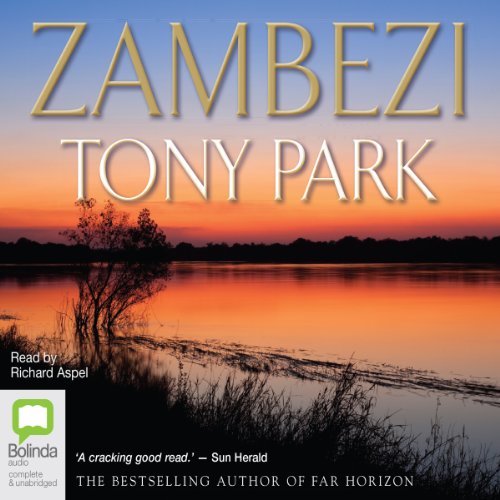 When a young American research assistant is killed by a man-eating lion, three people are devastated. Jed Banks, an American Special Forces soldier serving in Afghanistan; Professor Christine Wallis, a wildlife researcher in South Africa; and Hassan bin Zayid, a hotel magnate in Zambia. The victim, Miranda Banks-Lewis, was their daughter, protegee and lover respectively. Desperate to find out what happened to Miranda, Jed and Christine with the help of a determined Australian journalist.

Set out on a perilous journey of discovery in Africa. Forced to pit themselves against the continent's dangers, they will also learn shocking truths about the woman they thought they knew. A superb successor to the bestselling Far Horizon, Zambezi is a novel of love, loyalty, betrayal and revenge set against the magnificence and terror of Africa.