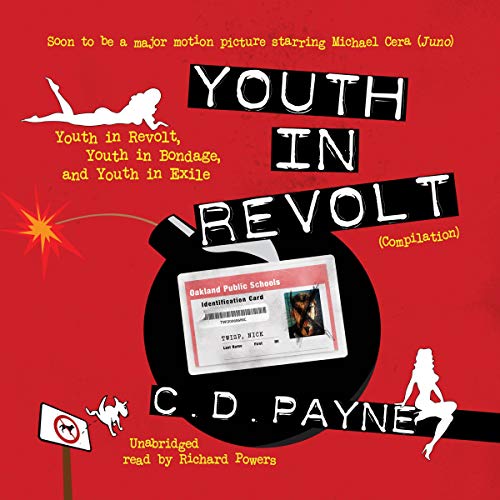 Nick Twisp started out an honor student and ended up a fugitive. Youth in Revolt is the three-volume journal of Nick Twisp, California's most precocious diarist, whose ongoing struggles to make sense out of high school, deal with his divorced parents, and lose his virginity result in his transformation from an unassuming 14-year-old to a modern youth in open revolt.

"An unstintingly hilarious black comedy...has all the earmarks of a classic." (Los Angeles Times)

"C.D. Payne has penned a take-no-prisoners book, and Paul Michael Garcia is the perfect reader for it.... Garcia has a little smirk in his tone that perfectly underscores the actions of young Mr. Twisp." (AudioFile)