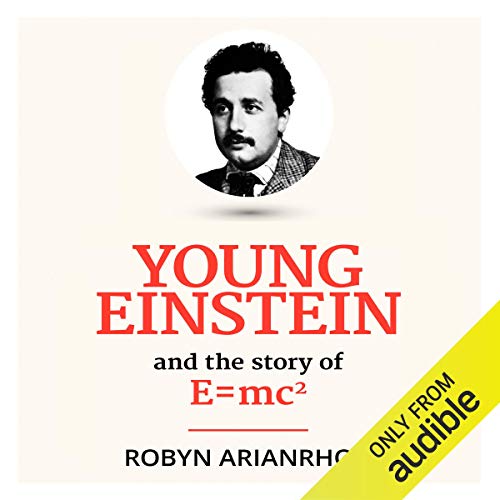 Everyone recognises the famous physicist with the wild, white hair. But what sort of person was the young Albert Einstein, before he became universally acclaimed as the archetypal genius? And how did his genius unfold?

In this brilliant new Kindle Single, scientist Robyn Arianrhod blends biography with popular science to tell the story of how young Albert developed a theory that - unknown to him at first - contained the seeds of his extraordinary equation E = mc2.

Arianrhod, who wrote her PhD on Einstein’s general theory of relativity, makes the ideas behind the equation accessible to the lay reader and sets young Einstein’s exploration of these ideas against the backdrop of his first loves, his family and marriage and, above all, his childlike wonder at the nature of the universe.

She introduces his heroes and scientific inspirations and the friends who believed in him when no one else did. In personalising Einstein she brings to life both the man and his science in a short, easy-to-read narrative. In showing how he discovered his famous equation and what it means, she draws a compelling portrait of this prodigious intellect whose unfathomable grasp of the building blocks of physics would change our world forever.

Dr Robyn Arianrhod is the author of two critically acclaimed works of popular science and scientific history: Einstein’s Heroes: Imagining the World Through the Language of Mathematics and Seduced by Logic: Émilie du Châtelet, Mary Somerville and the Newtonian Revolution. Both were shortlisted for major book awards and are published in the USA.

Einstein’s Heroes was translated into several languages. Robyn was awarded her PhD for research on Einstein’s general theory of relativity and has lectured in applied mathematics (including special relativity) for many years.

She is currently an adjunct research fellow in the School of Mathematical Sciences at Monash University in Melbourne, where she is undertaking research on the structure of relativistic space-times. She is also a technical reviewer for the American Mathematical Society.

"Arianrhod’s achievement is to so masterfully combine history, biography, and mathematics as to absorb and enlighten even the mathematically maladroit." ( Booklist)
"An intriguing blend of science, history, and biography...Arianrhod’s well-written, fascinating discussion of intertwined topics is highly recommended." ( Library Journal)
"A thrilling story.... Arianrhod brings out the human side of the scientists." ( Bloombergnews)