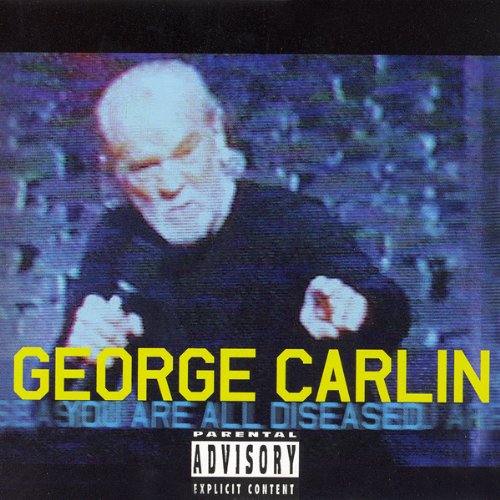 You Are All Diseased

You Are All Diseased by the Grammy Award-winning American standup comic George Carlin was recorded for HBO on February 6, 1999, but the material remains fresh and funny today. His textured voice and top-notch delivery create an unbeatable listening experience as he covers topics such as airport security, terrorism and religion. The audiobook includes: "Fear of Germs", "Cigars", "Angels", "Harley Davidson", "House of Blues", "Minority Language: A-Happens to Be; B-Openly; C-Urban; D-Girlfriend", "Man Stuff", "Kids and Parents", "TV Tonight", "Names", "Advertising Lullaby", "American Bullshit", "Businessmen", "Religion", and "There Is No God".

Carlin's riffs on religion and terrorism on this album are classic. He even tackles the timely topic of airport security. Nobody dissects untouchable subjects better than the nimble mind of George Carlin. Recorded for an HBO live broadcast stand-up special on February 6, 1999.

Das sagen andere Hörer zu You Are All Diseased