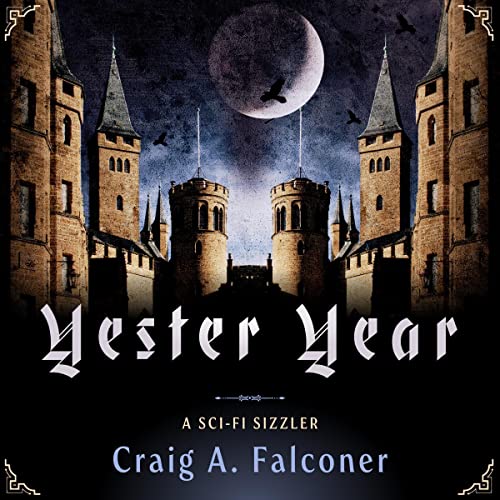 When Paula Frederick gets a weekend job on Dream Rock, a former prison island that now serves as the world's largest leisure destination, she can hardly believe her luck. Dream Rock's outlandish surroundings are a welcome break from her studies. Paula's fully costumed role within the island's smallest zone, a medieval-themed amusement park called Yester Year, seems set to allow for even more immersive fun than she imagined.

Not even hazing from some mean-spirited colleagues can dampen Paula's spirits - at least until a trip through the wrong door reveals that the old stories about some kind of mysterious vortex beneath the island might have been more than fanciful rumors, after all.

Full immersion in the world of centuries gone by was all fun and games...when there was a way back.

Yester Year is a long-awaited time travel story and the latest in a new series of Sci-Fi Sizzlers: stand-alone short stories from international best-selling author Craig A. Falconer. These stories can be listened to in any order - dive in today!