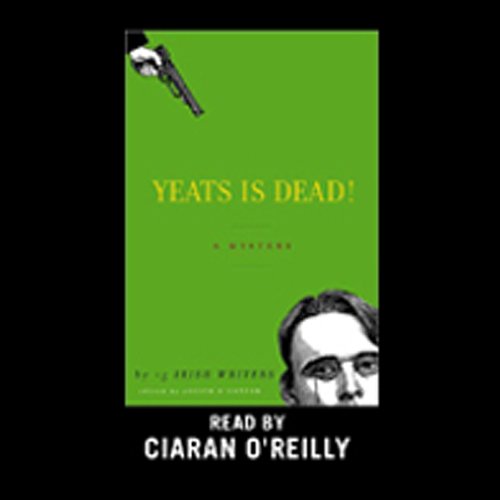 "I think he was dead before I shot him."

With these auspicious words begins a murder mystery so utterly unlike any other that it took 15 of Ireland's finest writers (working well below their peak) to bring it to its unlikely conclusion. The plot involves a mad search for the only manuscript of an unpublished novel by James Joyce, and features a stellar cast - including a sadistic sergeant with the unlikely name of Andy Andrews and the unforgettable mob boss Mrs. Bloom, a woman "who had tried everything but drew the line at honesty." Raucous, raunchy, gratuitously violent and completely hilarious, Yeats Is Dead! is a diabolically entertaining mulligan stew of a novel. James Joyce would be proud.

Yeats is Dead! was edited by Joseph O'Connor, whose novels include Cowboys and Indians, Desperadoes, The Salesman and Inishowen.

The narrator, Ciraran O'Reilly's, stage performances include The Irish and How They Got That Way, The Corn is Green, and Da, Summer. His film include The Devil's Own and A Further Gesture and he has appeared on television in Law and Order SVU, One Life to Live, and As The World Turns. Authors' royalties are being donated toAmnesty International.

"Chapter after chapter of competitive wackiness, each author striving to snooker the next with tortuous twists and turns, with maximum silliness." ( The Guardian)