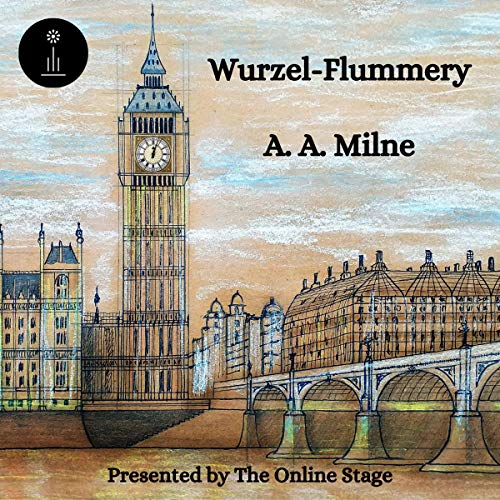 Wurzel-Flummery by A.A. Milne. Presented by the Online Stage.

This is Milne's first play, a brief one-act piece first published in 1917. In the author's own words, his early plays were written in his spare time, during the years he spent soldiering in the First World War.

Two British members of Parliament - one an elder conservative, the other a younger man with a liberal bent (and an eye on the older man's daughter) face a difficult choice. Some stranger has left each of them a considerable fortune on condition they give up their well-respected family names and adopt that of Wurzel-Flummery.

Can they face down the mockery? What's in a name, anyway?