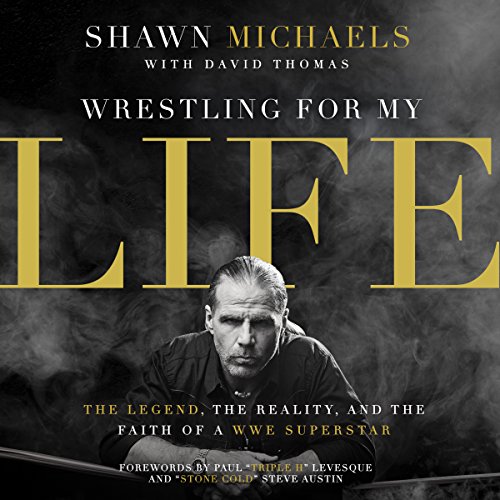 Wrestling for My Life

As a WWE wrestler with millions of fans, Shawn Michaels had adulation and all the attention he could ask for, but he found himself longing for something more. When he became a committed Christian at the height of his career, Shawn learned what it's like to be a man of faith in a secular arena.

Wrestling for My Life documents Shawn's journey to finding a new way of life - one that's marked by faith, family, and forgiveness.

As you watch Shawn's testimony unfold, you'll learn about:

"Shawn's greatest challenge came from deep within himself, and it's been awe-inspiring to watch this man pull himself from the depths of his own personal hell by immersing himself in his faith in God. I couldn't be more amazed at the man, husband, father, and friend he has become." (The Undertaker)

"Shawn's story is an important reminder of life's priorities and how we choose to use our given gifts. While I work with Shawn outside of the wrestling world, I can still strongly attest to his perseverance, passion, and humility. These pages offer an inside look into how he found strength for better change." (Jeff Wayne, Executive Vice President Programming of Outdoor Channel)